Solon, Ohio – The 2022 18u Tim Lally Memorial Diamond League Tournament began almost 14 days ago with pool play that lasted until Monday, June 6th. The winner of each pool – Red Pool, Blue Pool, and White Pool – were into the semifinals, while a fourth team, the wildcard, in as well to round out the semis. The first matchup was a high-scoring affair between Premier Ohio Abella and Release 17u with the latter squeezing by 8-7. Release 18u defeated Premier Ohio TH 8-3 in the other semi, which meant an all-Release championship game. However, because the first semifinal was delayed 54 minutes by rain meant the championship was unable to start as scheduled.

10 days later, the championship took place on a sunny and breezy afternoon at Solon Community Center which saw Release 17u narrowly defeat Release 18u 3-1 in a well-pitched game by both teams. The pitching matchup featured Devin Anthony for Release 18u and Ben Rabatin for Release 17u. In the first frame, 3 17u players reached base only for Anthony to escape trouble by snagging a Ben Schechterman liner and doubling off Joey Canzoni at third. Rabatin had a lone base runner in the bottom half who was eliminated on a perfect throw from his catcher Drew Stangelo.

Both starters had clean innings in the second, besides an error by Canzoni, and the third became a key point in the game. Release 17u began it with back-to-back singles by Staneglo and Reggie Bussey while Canzoni moved them 90 feet on a sacrifice bunt. Anthony struck out Mason Eckelmam and it looked like he’d get out of it with no damage, however, Grant Wilson took a pitch the other way to drive in a pair.

Release 18u scored one in the bottom half to cut the deficit in half. Dom Perrine reached on a Wilson fielding error and then Rabatin hit Ryan Mikilich and Brady Shannon each with a pitch to load the bases. Tommy Harrison singled home Perrine, but they failed to tie or take the lead as the 17u starter got out of a big jam.

The game moved into the middle innings where Release 17u added a run on a solo shot by Evan Bottone with two outs that went high over the right-field wall into the trees, making it a 3-1 ballgame. In the bottom half, Rabatin tossed a scoreless inning, and from there to the sixth, his fastball velocity increased to 85 mph and there were 7 combined baserunners – 4 for Release 18u and 3 for Release 17u.

In the seventh, Release 17u were kept off the scoreboard by southpaw Liam Presiel's dominant pitching. Rabatin came back out to finish what he started with Connor Bozak, Perrine, and Mikilich being the only ones standing in his way. It was a one, two, three inning for Rabatin as Bozak flew out to Alejandro Covas, Perrine grounded out to Canzoni, and Mikilich hit a slow chopper to Nicky Sockett to earn the complete game victory. 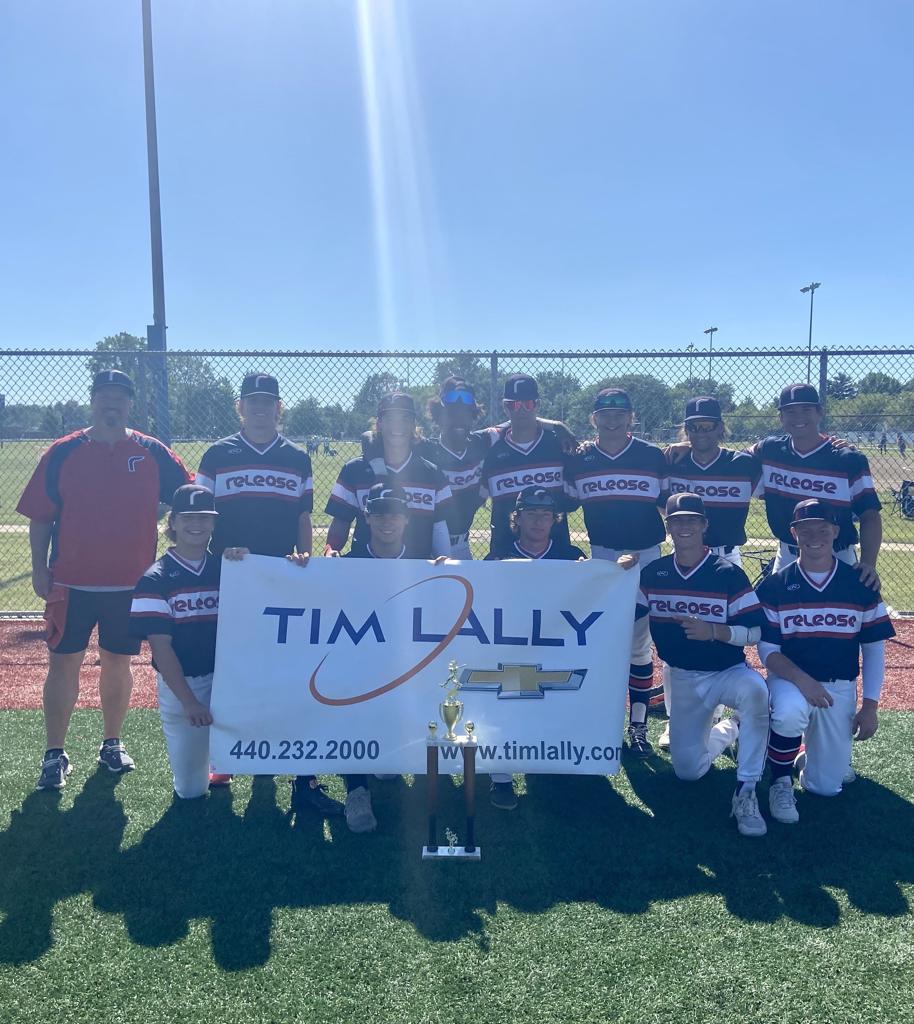